Congratulations to Pöyry for winning an award for their cultural development project as one of the five most innovative Human Resources projects. Thanks to all the people involved, especially the project team and the project leader Jane Piper of Pipsy.

The Boston Consulting Group and World Federation of People Management Associations (WFPMA) recognised the project for its new ways of involving people in changing an organisational culture. The competition was fierce and the winners were selected from over 3,500 survey responses in 101 countries.

The first stage of the project was to understand the culture. For that purpose, the project team gathered 115 stories describing the culture (both positive and negative) from the staff. Storytelling created a fun atmosphere where sharing thoughts was easy. From these 115 stories, eight stories were selected that best describe what encourages, but also hinders, acting as one global consultancy. These stories were then illustrated in cartoons.
Stage two of the project focused on how everyone can play a role in changing the culture. People reviewed the cartoons and discussed the underlying stories in several workshops. All agreed on the actions that had to take place on three levels – personal, local office and organisational – to change the culture. These actions are currently being implemented. 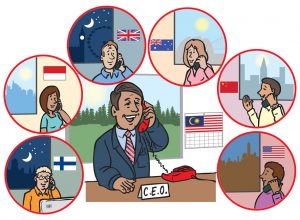 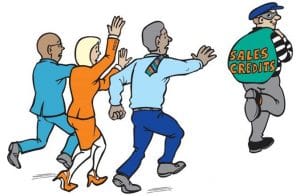 The power of storytelling…
Storytelling proved to be a very successful way for people to relate to describing and defining the organisational culture. Cartoons were playful, but also thought provoking way of engaging people in conversation about cultural change. Engaging people in the discussion was important for people to personally think about how their behaviours can change the culture.

This project demonstrates the approach Pipsy takes to projects